Begun as Restore Oklahoma Public Education in 2010, ROPE began fighting State Question 744 and has spent the years since, researching, writing and influencing legislation regarding issues related to public education at the local, state and national levels.

ROPE’s early concern over the Common Core State Standards initiative put us in the forefront of the fight against this micromanaged, one size fits all, curricula, but they have also studied and influenced legislation regarding student data collection, civics education and history standards, as well as public education funding, school grade cards and teacher attrition in Oklahoma. Our first research paper, “Common Core State Standards and Race to the Top: An Introduction to Marxism 101” was written in 2011 and has been published to both Barnes and Noble and Apple Books sites.

In 2014, after 4 years of concentrated effort, ROPE was gratified to witness the passage of HB3399, repealing the use of Common Core in Oklahoma.

In 2015, ROPE changed its name to Reclaim Oklahoma Parent Empowerment and in 2022, ROPE became incorporated as an Oklahoma non-profit organization filing for IRS 501C3 status.

You can find all of ROPE’s blogs and research at their original blogspot where ROPE has been posting since 2011. It’s a simple site that makes searching any topic in the blog easy.

Today, ROPE continues to seek to equip parents with the information necessary to best champion their individual child’s educational needs and support legislation that empowers parents as the primary authority for their children – not school boards or public education authoritarians. 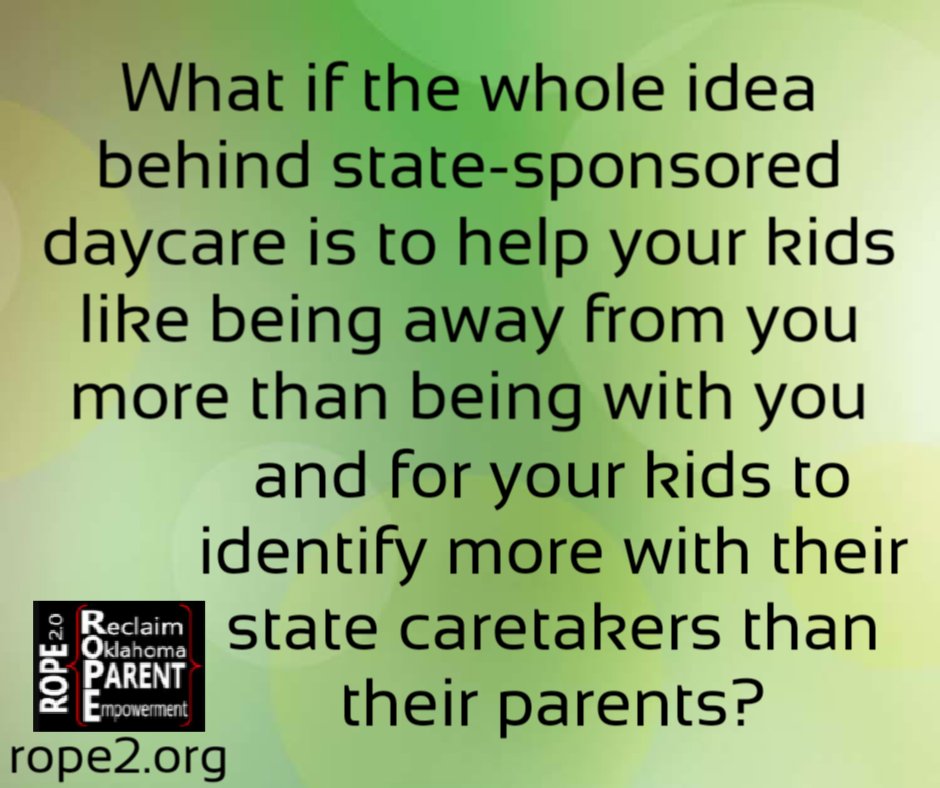 Reclaim Oklahoma Parent Empowerment ·
@ReclaimOKParent
Please - PLEASE - don't tell us that kids are NOT being indoctrinated in public schools. That's why Dewey set them up and created the Teacher's College! Wake up!