Parents, Books Like “The Glass Castles” – And Worse – Have Been In Public Schools For Years – We Need To Get Them Out Now

So, parents, please know; this is a trend that started years ago and is quickly getting progressively worse.  There’s really no choice but to stop it NOW!

Those of you who have been followers know my story, but for those who don’t, suffice it to say that putting my kids into a nice public elementary in the nice neighborhood where I grew up as a kid, didn’t go the way I planned.  You can read about some of our adventures here, here and here that led me to homeschooling three kids through high school with one still in high school left to go.

I didn’t begin parent life with the notion that I would be spending 24/7 with four kids, but that’s how life turned out and I wouldn’t trade it for anything.

Neither did I have any idea that I’d become an education researcher and activist, but putting my kids into public school sent me down that road, leading me to many, many days where I homeschooled with one hand while researching and writing a blog with the other.  After seeing what I’d seen in our “Blue Ribbon” elementary in a nice, well-to-do neighborhood, I knew I HAD to wake up parents to either make their schools start educating their kids or get them to take them out!

Throughout our homeschool years, I’d take the kids to Half Price Books.  They offer a 10% discount for homeschoolers/educators, plus, it’s always a great place to find any kind of reading material.

Unfortunately, my second-oldest daughter, Barbara, always seemed to pick out the most awful books every time we went – they had no compelling story line, there was nothing edifying or uplifting in them and they all seemed to be about vapid boy/girl relationships.  I wouldn’t let her read them and we’d usually have some kind of argument, but my point always has been; why spend time reading something that doesn’t elevate you either mentally or spiritually, or teach you something you didn’t know?

She had been telling me she wanted to read some Judy Blume books – and I had heard they were fine – so one day while we were at Half Price Books, she pulled out several Judy Blume books to look through. One of them was a paperback called, “Forever“.  It was used and without a cover for research so I skimmed several pages.

Unfortunately, I involuntarily screamed aloud (Barbara nearly died of embarrassment because people actually looked at us) when I reached a page with such sexually explicit detail that there was no way to refer to it but as pornographic!

Immediately I approached the young girl working close to us, held out the book and reported that it was NOT material for young teens.  I then asked her to remove it from the Teen section.  She shrugged affably, but seemingly uninterested so I thrust at her the page that had caused me to scream.  Surprisingly, even this young, pierced and tattooed girl gasped and promised to immediately remove the book to the adult section where it would be away from young girls.

Not long after that incident really, I got an email from a member of our (previous board) telling me that one of her friends was really mad about the reading list in Edmond Public Schools, and asking if she could put her in touch with me.

After meeting with the mom, I wrote, “One Mad Momma Takes On Edmond School Board Over Sexually Explicit Books Assigned to Sophomores“, published in 2014.  Today it has 9000 reads and 16 comments.  I urge you to read them.  It’s readily obvious someone read the blog and hit social media with a post about it claiming we were trying to “ban” books.  Trust me when I say, leftists use the ‘straw man’ argument constantly and this was a perfect example.  No one suggested the books should be banned, just not offered as class reading material to sophomores in high school, but that doesn’t matter.  Leftists love to call names if for no other reason than it completely stops conversation on the topic.  If someone is labeled a “BOOK CENSOR”, discussion stops in exactly the same way it does when you’re labeled a ‘racist’.

I didn’t use that blog to point to specific passages in the book, but because there was so much whining and crying about the blog and the poor mom’s (very brave) decision to speak out on the topic, I ran another blog copying and pasting actual passages from the book, “Complaints About Sexually Inappropriate High School Reading Material Part 2 – Garbage In – Garbage Out“.

Interestingly, THIS blog only got 889 views and only 4 comments, one of which was mine in response to leftist education political organizer Claudia Swisher, who – of course – called the mother and I “book banners” and “disingenuous” for ‘cherry-picking’ passages – because explicitly detailing everything in a sex scene needs context, right? <<insert rolled eyes emoji>>

So as not to relive the entire post here, check out the blog for the x-rated ‘cherry picked’ passages that made me a “disingenuous book banner”.

Not long after that, I received an email from a friend, Macey France, in Oregon who had found Tony Morrison’s, “The Bluest Eye” on the Common Core reading list.  A blogger herself, she quoted portions of the book – including the unbelievably explicit child rape scene – in her blog and then linked it to the CC reading list, earning her a virtual firestorm of name-calling and derision from the Left all across the internet.

With everything in my blogs echoing what Macey was saying about the Common Core reading list and “The Bluest Eye”, I decided to pitch an article to my longtime editor Joy Pullman at the Federalist about the smutty books kids were being fed in public school through the eyes of the parents that were objecting to them – in 2014!

That article was my first for the Federalist, has been read thousands of times and is still – sadly – very timely today.  I urge you to stop and read the whole piece because it explains very well WHY sexually explicit literature is not appropriate for K-12 students.  There are reasons other than, “I just don’t want my kid reading that”.

But, I digress a bit.  This is the article I wrote on our old website back in 2011 archived through the Way Back Machine (btw – support them so we don’t end up like 1984!)  I recounted the story about Barbara, but here’s the IMPORTANT part.  My Co-Founder, Julie McKenzie had gone out to the Norman High School Library website and pulled down the Young Adult Library Services Association (YALSA – which appears not to be a serviceable organization any longer) 2009 Best Books For Young Adults, copied the books and their descriptions and pasted them in the document.  You can see all of them at the link, but let’s pull out a few here:

Okay, that’s enough, you get the idea.  Sincerely?  How many of you want your kids reading ANY of those?  This was 2010!

WHERE HAVE PARENTS BEEN?

You think The Glass Castles is bad, try the new and improved Sequoyah Reading List for 2022, which you can conveniently find through the Oklahoma Library Association portal (with the convenient URL of OKLIBS).

We’ll tackle that in the next post – What Does The Library Want Your Child Reading?  Shouldn’t You Know?

The last in the series will be, What To Do About Inappropriate Books in Your Public Libraries to give you a method to clean up your public reading spaces.

In the meantime, check out “Molly’s X-Rated Reading Room” on our website where ROPE Board member Molly Jenkins and our friend Andrea Crouch take on the inappropriate and awful books for kids in public school and the public library!  Sign up to be alerted of their posts, so you don’t miss one! 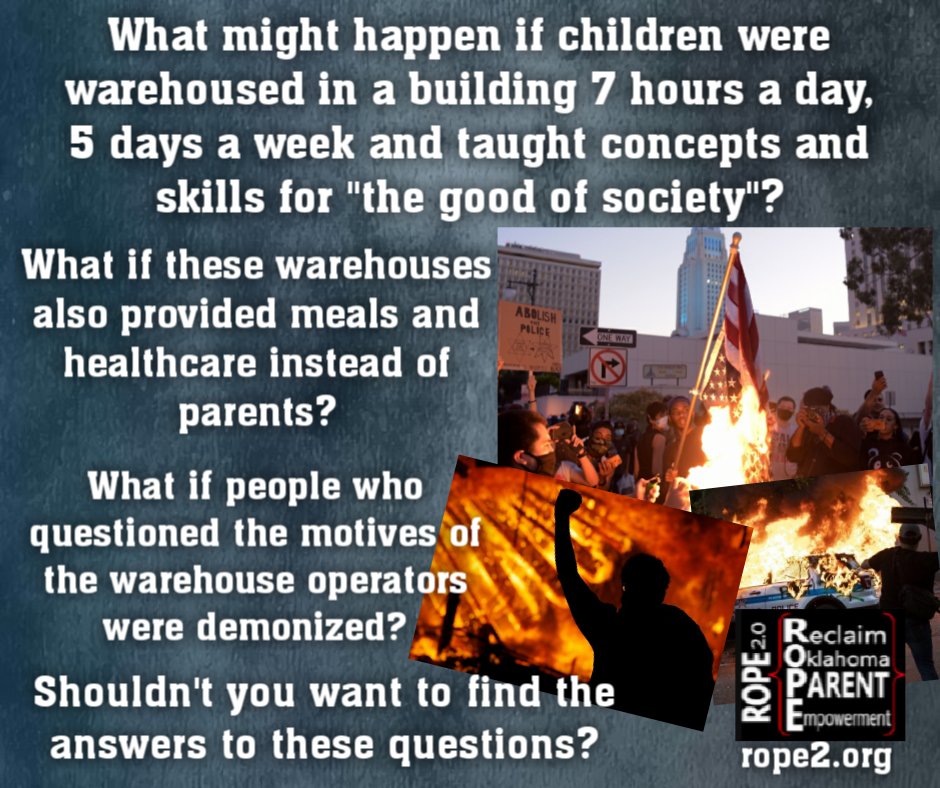